In early January 2018, Baltimore County announced that Baltimore County Animal Services (BCAS) ranked among the highest shelters in the nation when it came to saving animals’ lives.  But on March 20, 2019 (less than 15 months later), BCAS’ top managers were suddenly fired. 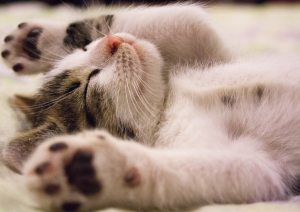 The story behind Baltimore County Animal Services goes all the way back to the 1970s, with the start of a national movement to reform our animal shelters. At that time, most people in the U.S. did not have their pets spayed and neutered.  The number of animals taken in per shelter was roughly five times higher than it is today.  Shelters did not generally spay/neuter the animals they adopted out, so intact animals were put back into the environment.  Shelter adoptions were hindered by the ready availability of puppies and kittens born in the community.

When private shelters became full and refused to intake, “open admission” shelters were the repository of last resort for stray animals and for owners wanting to relinquish their pets.  Open admission shelters were typically part of Animal Control, and as a government entity they could not turn away animals that were being surrendered.  When open admission shelters became full, they killed (or “euthanized”) animals for lack of space. Most shelters killed about 90 percent of the animals they took in.  The number of animals killed in shelters every year prior to 1970 was as high as twenty million.

This movement greatly helped to decrease shelter killing.  By the mid-1980s, shelter intake had declined by roughly 50 percent.  But it was not sufficient.  Shelters continued to kill millions of dogs and cats every year. But in 1976, the San Francisco SPCA Board of Directors made a bold decision. At the time, the San Francisco SPCA was killing over 20,000 animals per year.

To change that, they hired an innovative president, Richard Avanzino.  As detailed in Redemption: The Myth of Pet Overpopulation and the No Kill Revolution in America by Nathan J. Winograd, 2007, Avanzino changed the sheltering paradigm.  He began sterilizing animals in the shelter before they were adopted. Moreover, he began a low-cost spay/neuter clinic for the public, to mitigate the financial barriers to sterilization.

But more significantly, he pioneered programs to increase adoptions. He began a foster care program, placing animals into temporary homes that were too young or sick to adopt immediately.  He began off-site adoptions, filling a van with adoptable dogs and cats and setting up temporary adoption booths at locations throughout the city. He kept the shelter open on evenings and weekends so that working people would have access to the shelter.  The results were lower impounds, more adoptions, and less killing. By the 1990’s, the San Francisco SPCA was close to saving all healthy and medically treated animals.

Unfortunately, most open admission shelters and national organizations ignored or denigrated Avanzino’s approach.  Shelters had long avoided public condemnation by deflecting blame back to the public.  By arguing that there were too many animals for the available homes due to pet owners who refused to spay/neuter, they had been able to resist change.  Avanzino’s success threatened to bring increased scrutiny to other shelters. Convinced that San Francisco’s success could not be replicated, shelters (with cover from the national humane organizations) opposed innovation rather than try.

Avanzino left the San Francisco SPCA in late 1998.  But before he left, he hired a protégé to be the SPCA’s Director of Operations: Nathan Winograd, a strong advocate of the no kill approach. But the new leadership at the SPCA was not, and systematically began dismantling the life-saving programs.  Winograd clashed with the new leadership. According to him, the final straw came in October, 2000, when the highly successful Trap, Neuter, Return (TNR) program (spaying/neutering feral cats living in the community) was suddenly eliminated.

In 2001, Winograd left the San Francisco SPCA to become the Executive Director of the Tompkins County SPCA in upstate New York, the county’s open admission shelter and Animal Control agency.  When Winograd arrived, he observed that Tompkins county SPCA was “routinely fining people for technical violations of leash laws, and cats were being killed, rather than adopted, only because potential adopters wanted to let the cats out of doors.”  As was common of shelters affiliated with Animal Control, the SPCA’s priority was enforcement of laws and policies, rather than saving lives. Winograd immediately implemented what he called the “no kill equation”, which included:

However, national groups did not promote the no kill equation. The ASPCA and the Humane Society of the United States (HSUS) ignored its success.  Although some shelters were implementing pieces of the no kill equation, none were comprehensively doing so.  Still blaming the irresponsible public, national groups focused on laws (e.g., pet limits, cat licensing, mandatory owner spay/neuter, pet confinement) to hold the public accountable.  Enforcement of these laws was inconsistent and often resulted in more impoundments and increased killing. In addition, shelters were alienating the very people they depended upon to help stop the killing: potential adopters.  Winograd realized that the no kill movement needed a full time leader. So in June 2005, he left Tompkins County to found the No Kill Advocacy Center, dedicated to the creation of a No Kill nation.

Meanwhile, animal advocates were becoming increasingly aware of their own shelters’ shortcomings.  Prior to 2005, the Baltimore City Animal Control shelter was killing 98 percent of the animals it took in.  In late June, 2005, a local Rescue group called Recycled Love hired Winograd to review the shelter operations in Baltimore City. After Winograd’s inspection, he noted that the biggest impediment to lifesaving at the shelter was poor management. He observed a filthy, stench-filled shelter, cruel

practices (dog kennels being cleaned with pressure hoses while the dogs were in the same space), and friendly, healthy kittens labeled as “unadoptable” and scheduled for euthanasia. Baltimore City reacted. In July 2005, the Baltimore Animal Rescue and Care shelter (BARCS) was formed as a semi-private shelter, separate from Animal Control, and responsible for all animals in the city’s care. A young, no kill advocate (Jen [Meade] Brause) was hired as the Executive Director.  Shelter conditions improved immediately. By 2006, roughly half of the animals that entered the BARCS left the shelter alive (according to notes taken by the author from a meeting with Jen Meade, April 2007). The “live-release” rate continued to improve in subsequent years, ultimately approaching 80 percent.

Shelter reform had arrived in Baltimore city.  It was only a matter of time before Baltimore County would feel the pressure to reform its shelter.