As the twentieth century came to a close, our nation’s shelters were still killing roughly five million dogs and cats a year (Redemption: The Myth of Pet Overpopulation and the No Kill Revolution in America by Nathan J. Winograd, 2007, p. 182). But animal activism was growing as a national movement.

Noting Baltimore City Animal Control’s abysmal record of killing nearly every animal that entered the shelter, Baltimore area activists were eager for change. When the city received Nathan Winograd’s assessment of the shelter in June 2005, it acted.  The Baltimore Animal Rescue and Care Shelter (BARCS) was created.  BARCS implemented the lifesaving programs of the no kill equation, ultimately saving approximately 80 percent of the animals who entered the shelter.

It would take longer for change to come to Baltimore County Animal Control.  The County had several challenges.  First, the shelter was old and unappealing, and its design was obsolete.  All cats (whether healthy or sick) were housed in one large room.  Illnesses such as upper respiratory infection (URI) often spread and were hard to control.  Second, the shelter was located in Baldwin, in the northern area of the county, so access was not easy for people living in the more populated southern areas.

Third, and most importantly, Baltimore County had not implemented the lifesaving programs and services that the city was implementing.  The shelter closed at 4:00 PM, too early for many working people to come to adopt.  They did not advertise very well, so many people did not know about the shelter.  They did not take adoptable pets to community events where they could be seen.  They did not spay/neuter prior to adopting out animals.  They did not support Trap, Neuter, Return (TNR) for cats.  There was no volunteer program and no formal foster care program.  The majority of animals that entered the shelter did not make it out alive. 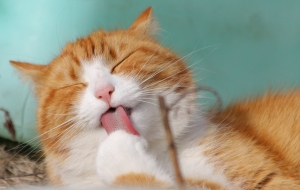 In 2007, I was a volunteer for a local Rescue group that placed cats for adoption at the Timonium Petco store. I heard from Sewell Price, the Deputy Director at Baltimore County Animal Control, about a new kennel attendant at the county shelter who was taking the initiative to work with cat Rescue groups.  I worked with this attendant on an ongoing basis, pulling a cat or two from the shelter and placing them at Petco for adoption (as much as my Rescue allowed me).  In addition, the attendant recruited myself and several others to pull moms and neonatal kittens from the shelter under our nonprofit groups’ names.  Then, when the kittens were old enough, we would transport them and other shelter cats to Last Chance Rescue in Waldorf, Maryland.

Last Chance did not accept underage (less than 8 week old) kittens.  Legally, the shelter could not release underage kittens to the public except to a Rescue group.  So we pulled the kittens under the aegis of our Rescues, and fostered them until they reached the age for Last Chance.  This makeshift foster system allowed us to save the cats without taxing the capacity of our Rescue groups.  Another kennel attendant reached out to dog Rescues.  These staff gradually helped Animal Control build a roster of Rescue contacts. 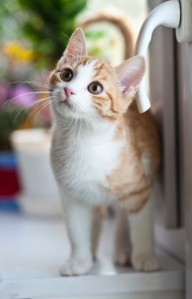 During my visits to the shelter over the next few years, I noticed something repeatedly: sick cats.  There were usually at least a few cats in the shelter who were sneezing, or had runny eyes, or were lethargic.  The cat cages were cleaned, but illness spread anyway.  Although I always tried to pull cats that appeared healthy, many became symptomatic a day or so after they were pulled.  Usually the illness was treatable.  But sometimes despite treatment (and especially with kittens), the cats became so ill that I could not save them.

The woman who ran my Rescue group sometimes pulled dogs from the shelter.  In 2010, she perceived that the shelter dogs were living in substandard conditions.  She expressed her frustration to shelter management.  Animal Control reacted by banning her Rescue (and by extension, me) from pulling shelter animals.  At that time, I was a member of the Maryland Feline Society (MFS).  The MFS promoted education about cats; it did not rescue or adopt out cats.  But since MFS was a non-profit organization, Animal Control allowed me to pull cats under its name.  So I continued to foster kittens to send to Last Chance.

A year or so later, Animal Control began requiring Rescue groups to sign an agreement.  The Rescue Agreement imposed several conditions on Rescues, including giving Animal Control the right to inspect the organization’s facilities on short notice.  It had to be signed by the President of the non-profit group.  Since the MFS had no facilities (except our personal residences), this could have exposed our entire group to the possibility of home inspections.  We decided not to sign the agreement.  I was no longer able to foster kittens.

Rumors spread within the local community about the living conditions for animals at the shelter and the bureaucracy of Animal Control.  In 2012, I attended meetings with other animal activists to discuss the need for shelter reform.  Some of us met with our County Councilpersons to talk about conditions at the shelter.  Some met with Animal Control management to discuss our concerns.  Activists kept pushing, and eventually the County responded.  In 2013, the County Council passed Bill 68-13.  This legislation required Animal Control to maintain a volunteer program.  It also mandated a shelter sterilization program, and established minimum standards for animal living conditions at shelters in the county (Article 12 of the Baltimore County Code). Furthermore, the county changed the name of Animal Control to Baltimore County Animal Services (BCAS), signaling a commitment to do more than just control animals.  Finally, in 2013 Baltimore County announced plans to build a new animal shelter, which would be ready in two years.

Although the legislation did not include the full spectrum of lifesaving programs, this was a good start.  I was encouraged, and I wanted to track the progress.  At that time, BCAS’ live-release rates were not publicly announced.  So I obtained animal shelter intake and outgo summary statistics from the county through a Privacy Act Information request. I calculated the 2012 live release rate for cats at 26 percent.  (For dogs, I calculated the 2012 live release rate at 68 percent.  Since the shelter admitted roughly three times as many cats as dogs, the combined live release rate was under 40 percent.)  This calculation was unofficial.  However, it established a baseline.  By calculating the rate in the same way over the next few years, and comparing the rates, I could see whether the shelter was really improving.